The Bozak Horde, a first person survival thriller set in an open world, is reminiscent of The Running Man or The Hunger Games. You are captured by a crazy psychopath named Bozak, who wants you to enter to Harran Stadium which he has turned into a twisted and bloody set of challenges.

Once you’ve entered into the enemies’ land, you can only survive fighting them and killing those callous. If this sounds easy to you than you probably are going to fall prey to your enemy Bozak because he is a genius nemesis who will give you a very tough time, for sure. You have to seek for the opportunities on the way. This is a game full of challenges. You will be using some of the most destructive weapons you may have ever used in a single same. Every Challenge in this game is time based so you have to be timely or you may die. Graphics used in this game are quite impressive and you will surely love this game.

Bozak Horde is an arena 20 different trails where you have to run and try to beat them, get on the leader board and the prize for your efforts is getting a bow. Then you have to go into arena and do three different things to get the arrow which does about 400 damage and it’s extremely weak. This is the first major DLC for dying Light.

Talking about dying light the Bozak horde trailer everybody was thinking that it’ll be all about fighting the hordes of increasingly hard zombies, and you have to fight them until you’re dead but what nobody realized is the fact that it’ll be trails and kind of Bozak challenges, that is, if you die once or twice you go back to the previous checkpoint and if you die thrice your game is over. So if you die you have to redo each of the 20 trails. Another thing about Bozak Horde is this game needs a lot of memorizing, you have to memorize the paths and passage.

After you install Dying Light The Bozak Horde pc game on your operating system you will be able to experience the following main features. 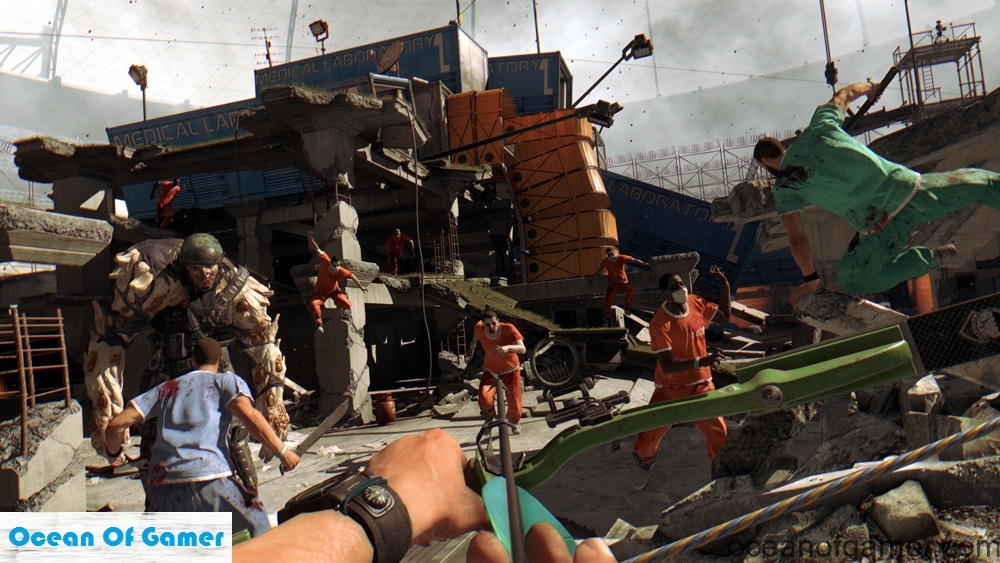 The developer Techland announced the launch of Bozak Horde downloadable content for  Dying Light on May 26th.

Dying light reviews are mixed, both positive and negative. Reason being the fact that it’s a very challenging game some people do not like the way the game is over after you die thrice and all the redo stuff, then killing a lot of toads or bombers, and all of the virals, and the boss battle seem lame and too difficult if you are playing in single player mode. The dying light weapons in this DLC is also one of the cons, the gun play is not as good as melee. Talking about the pros the Amazing setup of the map, the 20 fast paced challenges and increasingly hard trails, multiplayer features are some of the key elements that are appreciated as well.

Hope you’ll have fun reading this brief Dying light The Bozak Horde walkthrough. Give a shot to this fun yet challenging game to find out more about this amazing Dying Light DLC.

Feeling excited? Click on the below button to start Dying Light The Bozak Horde pc download. It is full and complete game. Just download and start playing it. We have provided direct link full setup of the game.